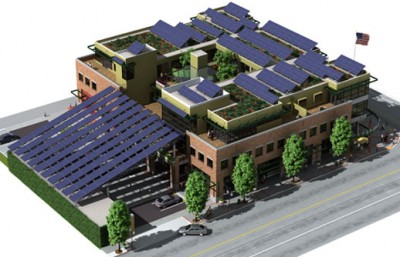 Unlike many so-called ‘green’ buildings built in greenfields that require driving to get to, LEED standards rating of 66 out of 69 points, the highest rating ever achieved by a commercial building, it’s justifiable in aspiring to be called the world’s greenest building.

As a sign of the times that driving is considered less and less a right than a privilege, the newest LEED standards (Version 3) have increased the importance of a building’s urban location from 1 point to 5. Other than its location, Independence Station’s myriad green features include: