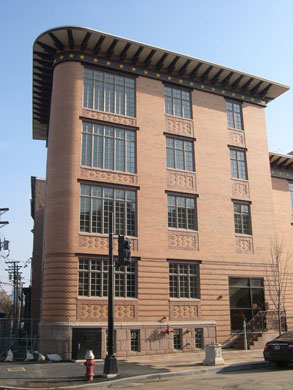 While this debate can extend endlessly, and this entry is surely to be one of controversy, architecture in general seems to fall under two categories in the eyes of the general public – that which is traditional and that which is modern.

The former is inspired by just about anything built before the 1930s, while the latter was, and is, inspired by what’s possible with technology. Creatives however, prefer contemporary, and seem to gravitate to a remixing of such styles into something with modest elegance, creative edge, relevance and human-scale.

It’s rare to come across anything design and developed today that can be held as a possible example of what this could be, but the folks at Khoury & Vogt Architects in Miami, Florida have provided just that with their design work for the Liberty Harbor North mixed-use development in Jersey City, New Jersey.

Check out previous posts on the value of human-proportioned buildings and human-proportioned windows. Also, notice the unique detailing around the windows. It’s not a coincidence that many of the most desirable neighborhoods have such characteristics. 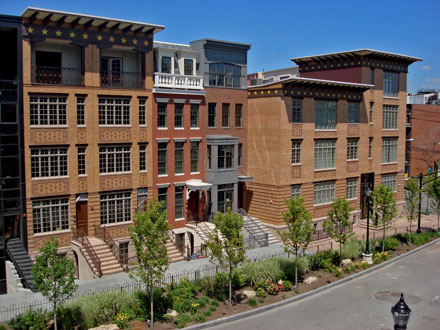