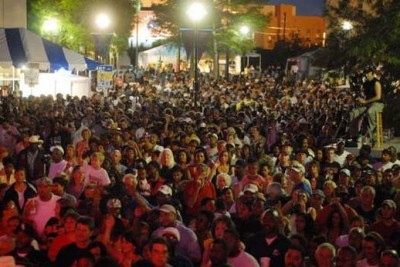 With a population over 100,000 and a greater population of half a million, Lafayette, Louisiana is a little known small town creative mecca whose residents probably want to keep it that way. What’s their secret? The city’s aptly named Independent sheds some light in their cover story, Cool town. Lafayette is becoming a magnet for the creative class. Here’s why.

Economically, they’re successfully transitioning from the industrial age (oil) to the knowledge age (health care, tourism). Education wise, their acclaimed University of Louisiana hosts 16,000 students with an emphasis on the emerging fields of health, design and tech. As far as infrastructure, the city’s utility (LUS) will complete a citywide fiber network providing among the highest broadband speeds in the nation.

However, what is it about Lafayette that actually makes people stick? That’s the kind of thing statistics can’t show, but perhaps you’ll get an idea from listening to its natives…

â€œThe music here is incomparable. You can’t find this anywhere else. In addition to the indigenous music that comes out of here, over just the last few years there’s been a lot of good popular music being made.”

â€œLafayette and Acadiana has an indigenous culture that doesn’t exist anywhere else on the planet. People move here just for this music and culture. It’s mind blowing. I cannot tell you how many people Terrance meets throughout the world that get turned on to this region’s music and are inspired to move here because of it.â€

Keep in mind that two of the top 10 search queries are music related. Also, music scenes are a sign of economic rise.

“It has so much culture and so much more fun than any other small town. I have never been worried about who I am in Lafayette. We have a very small gay community, but I’ve never run into a place that was intolerant.”

“I work for [architect] David Courville, and I own the Lafayette Top Shop on Jefferson, so I’m really invested in downtown. Lafayette has a really hip urban feel to it even though it’s a small town. In November, we moved upstairs, above the shop. I figure if I’m going to start designing smaller, more efficient units, I need to live in one. It’s 700 square feet.â€

Scroll down the cover story to peruse an impressive list of over 340 things that make Lafayette so cool.

Thanks to Zach Kupperman, founder of Policy Pitch for the reference!