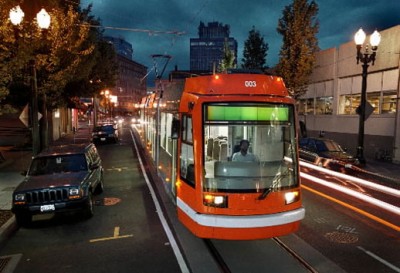 One indication that people are becoming increasingly more interested in getting around within a downtown rather than in and out of it, is the continued rise of the streetcar.

Within the past year, federal funding for streetcars has shifted from buses to streetcars, and the first streetcar was built in the U.S. since 1951.

Cities looking to add new streetcar systems in the next two years:

Why the renewed interest in streetcars?

– Cheaper to build than light rail, shorter cars fit better with automobiles.
– Makes movement within a city more convenient
– Helps build up relatively dense, walkable, mixed use corridors
– Reduces dependence on automobiles.
– Vehicles on rails do not swerve like buses; the ride is steadier, more comfortable.

Check out Portland Streetcar Inc.’s 3-minute video story on building the first streetcar in the U.S. since 1951.