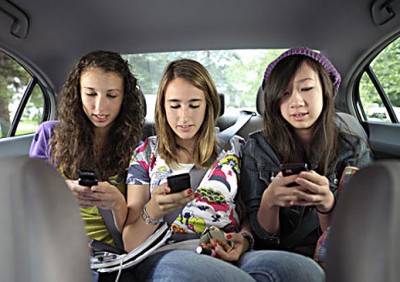 To understand this evolution from (auto)mobile to mobile (device), it may help to quote someone who is playing a large role in it…

At the All Things Digital ‘D8’ conference on June 1, 2010, Steve Jobs, CEO of Apple (now the second largest company based on market value next to Exxon) talked about the passing of the torch from the PC (desktop to laptop) to mobile devices, ironically using the auto industry as an analogy…

“When we were an agrarian nation, all cars were trucks, because that’s what you needed on the farm. But as vehicles started to be used in the urban centers, cars got more popular. Innovations like automatic transmission and power steering and things that you didn’t care about in a truck as much started to become paramount in carsâ€¦ PCs are going to be like trucks. They’re still going to be around, they’re still going to have a lot of value, but they’re going to be used by one out of X people.â€

However, just as computers are becoming more mobile, from desktops to mobile devices, the emerging generations that embrace this new mobile culture is setting the stage where cars themselves are going the way of the PC as well, begging the new question, Is the Digital Revolution Driving Decline in U.S. Car Culture?. So if ‘cars’ are the new ‘trucks’, what are the new ‘cars’?

So what Jobs really means to say, is that while cars are replacing trucks, his mobile devices are replacing cars. You’re going to need a new, more humble analogy, Steve.