You know what it was like with commuting by bike in the 20th century… you may as well wear a tie-dye as well.

When bicycle advertising campaigns are featured in business magazines, you know the times are a changin’. Check out the logos, gear, posters and website behind People for Bikes: Uniting a Million Voices to Improve the Future of Biking at the Fast Company article, Finally, Bike Branding Moves Beyond Hipster Ghetto. People may even want to choose their bike from the icons above and make it their avatar.

It’s a biking campaign presented as lifestyle branding, complete with Lance Armstrong as spokesperson. The message is essentially, ‘I bike, therefore I’m cool’. There’s even an opportunity for the crowd to effect change, by being one of a million pledgers to enact legislative change. It’s something America as a whole wasn’t quite ready for a decade ago…

In a new century of consciousness, where big homes, big cars and big credit card limits are no longer a staple of the American Dream, the bike commuter is starting to gain an equal amount of status as the car commuter. Or at the very least, the average American probably now sees the Hummer owner to be as much of a dork as the bike owner, if not more so. In other words, bikes are becoming cool.

…though not quite as hip as they are in Amsterdam, where bicyclists have their own streets, traffic lights and parking garages. Give it another decade. In the meantime, you can read the stories leading up to that here. 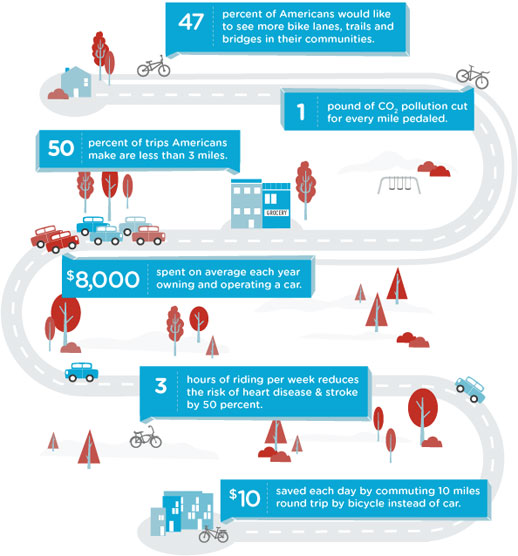