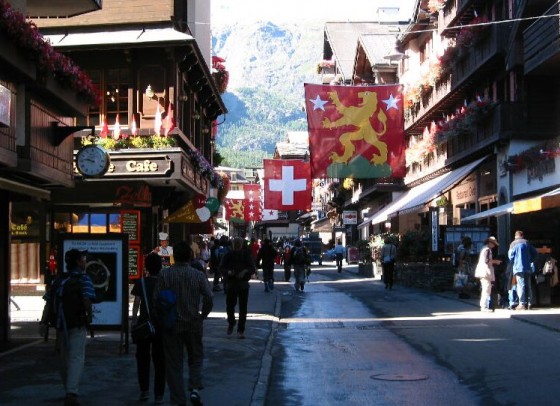 If you’re passionate about walking, biking and living outside of the city, then you might want to check out what may be the very first new car-free community to break ground in the U.S. Modeled after remote pedestrian-only towns like Zermatt, Switzerland (see photo above and aerial of town here), it’s called Bicycle City, and its founders would like the initial development 15 miles south of Columbia, South Carolina to be the first of many.

It will be very similar to the Vauban neighborhood in Germany where residents crowdsourced its development and placed all parking on the periphery, leaving the neighborhood pedestrian only.

Lead founder Joe Mellett, an internet pioneer who sold his business to fund the pre-development, and his group spent $1 million on 140 acres, with the first phase including 10 homes ranging from 800 to 1600 s.f. – starting in the $100,000s – near the periphery parking lots, if the county approves construction for this fall. It doesn’t score points for being a greenfield development, and the team does recognize that with an intent to identify urban sites in the future.

Bicycle City is going to need some help from the crowd to see it through, with the biggest hurdle proving that there really is a market for something like this, that the U.S. (at least those willing to live near Columbia, SC) is ready for this. Stay connected via @cooltown on Twitter see if Bicycle City decides in the very near future to apply crowdsourced placemaking and lets you all in on it.