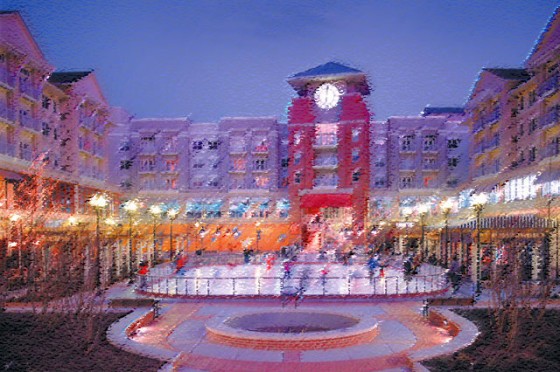 What is a one-sentence definition of crowdsourced placemaking?
The act of outsourcing tasks, traditionally performed by a real estate development entity, to a community of people with shared values via an open call, to create a place they’re enthusiastic about. For a longer definition including definitions of both crowdsourcing and placemaking, click here.

Has crowdsourcing been applied to placemaking before?
The closest example would be cohousing, though this typically isn’t done via an open call, applies to mainly one residential building at a time, and already has defined rules. The neighborhood of Vauban in Freiburg, Germany, is a car-free community of 5000 people that is a hybrid of cohousing and crowdsourcing. A restaurant, a coworking space, and an entire downtown are currently being crowdsourced in the U.S.

Who can join the crowdsourced placemaking community?
Anyone, since crowdsourcing is by definition an open call. However, crowdsourcing is based on a community with a shared vision and values, and it’s up to the financing sponsor to identify what those are at the very beginning. So, while technically anyone can join, the intention is to focus on those with a shared vision and values. This fosters a very positive atmosphere.

Why participate in the crowdsourced placemaking community?
To have a say in what gets built in your neighborhood, rather than accept whatever real estate developers decide to put there, which often follows their own best interests.

What happens if someone in the crowd becomes overly critical or negative?
This underscores the importance of defining a shared vision and values upfront, as people are much less likely to be negative of such a project. This is also why the more the project’s vision is triple-bottom-line (economically, socially, environmentally) oriented, the more shared values people will have with the project, and the less critical they will be. Once you build trust within your community, they will rise up and address the negativity on their own.

How long will the crowdsource placemaking community exist?
As long as the crowd wants. Programming of places can be crowdsourced indefinitely.

This entry will be constantly updated and permanently referred to in the About page. Ask more questions via ‘Comments’!