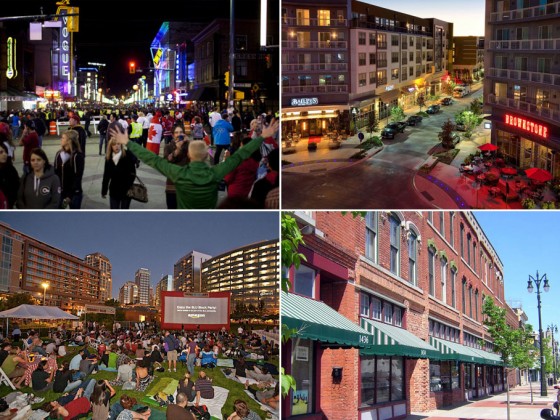 ‘Popups’ are short-term experiences that provide the freedom to experiment with projects on a temporary basis, allowing innovative ideas a trial run, often with an eye towards permanency.

Trendwatching.com reports that 180,000 people are moving into cities daily, a rising creative urban population they refer to as Citysumers who are defining a new generation that’s more demanding, open-minded, connected, spontaneous and more try-out-prone than ever. The time to experiment with forward-thinking placemaking is now.

The current manifestation of that mentality is with ‘pop-up’ placemaking. It allow cities to try out innovative placemaking without much if any taxpayer commitment. What happens more often than not, however, is that the aforementioned citysumers see it as an opportunity to make it permanent. From Cities rethink urban spaces with ‘pop-up’ projects:

– Pop-up placemaking took off in Copenhagen in the 1950s when the City’s closing of its main downtown StrÃ¸get Street to car traffic turned public opposition into such a well-received experience, what was supposed to be temporary over the Christmas holiday has been permanent ever since.
– In 2009 New York City closed Times Square to cars temporarily and found that business revenue increased 71%, injuries to motorists and passengers dropped 63% and northbound west midtown trips were actually 17% faster. It’s been closed permanently ever since.
– Vancouver’s VIVA program began a roving street closing program in 2009 to test pedestrian-only places in neighborhoods throughout the city (see photo above).
– Bristol, Connecticut hosted a pop-up piazza festival in August, 2011 to test out its upcoming piazza on its future site, presently within a giant parking lot. Expecting 1500 people, it attracted upwards of ten times that many.

Taking it beyond the pop-up, which cities are popping up at the forefront of making such experimental innovation and placemaking permanent? Economist Richard Florida, author of the Creative Class series of books, outlined his top ten: