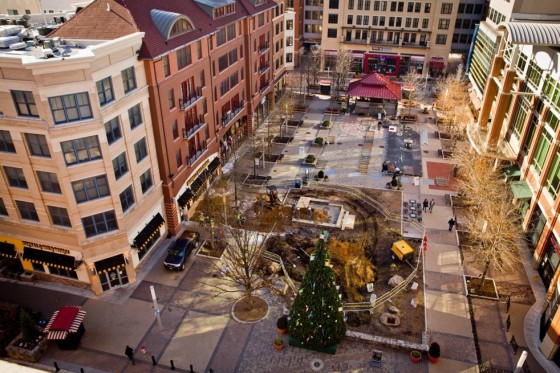 While ‘one size fits all’ may have been the mass production model of the industrial revolution, it’s encouraging to know that the model driving the creative, information, knowledge economy of the present is based on providing what people truly want. That ‘right size’ we’re looking for is finally being provided as an option.

Rightsizing Living
Regular readers know this has been well covered in this blog, that the next gen wants smaller homes, that the housing crisis needed a correction as housing sizes got out of control. Single-family home sizes are dropping for the first time. According to a 2011 report, What’s Next? Real Estate in the New Economy, by a leading real estate organization, the Urban Land Institute (ULI), Gen Y (in their teens and early thirties) prefers smaller homes in favor of an easier commute and better lifestyle. Perhaps this will lead to ‘people rightsizing’ in a country where two-thirds of the population is overweight.

Rightsizing Commuting
As stated above, people are rightsizing their commute, looking to live closer to work and creating new, less expensive options for getting there. As stated in a new study by Zipcar, more Gen Yers are selling their cars or never buying one in the first place, opting for car sharing when they absolutely need one. The same is true even for bicycles with the rise of bike sharing.

Rightsizing Working
Many major companies will decentralize and value smaller office locations in 24-hour urban centers to enable innovation by being closer to where the creative, next gen populations are migrating to. For example, Google has invested in one of the largest buildings in downtown Manhattan, a beaux arts building in central Paris, a warehouse in downtown Pittsburgh, and a new building in downtown Boulder, Colorado… a far cry from the office parks of the 20th century. The aforementioned ULI report also states that office tenants will decrease space per employee, transforming into meeting places more than work places, with an emphasis on open configurations that foster interaction.

In a March 17, 2011 news article, “Zappos CEO envisions a new community downtown“, Zappos CEO Tony Hsieh shows he’s fully invested in rightsizing to benefit his employees, “Hsieh is exploring building 500 to 1,000 units of 100-square-foot spaces rented for $100 a month – enough room for a bed and a closet, while bathroom facilities would be shared. Maybe a bar or lounge would be attached to the building and renters would crash there whenever they wanted. â€œMaybe call it the Crash Pad,â€ he said. Renters would be screened to keep it from becoming a homeless or hooker option, he said.”

Rightsizing towns?
While you may be thinking that rightsizing is only relevant to urban areas and big cities, it isn’t. Even small towns are rightsizing their footprints as we evolve from sprawl to what are being referred to as ‘micropolitans’; small towns with compact downtowns. This is especially important given that 51% of Americans indicated that they would prefer to live in either a small town (30%) or rural area (21%). For a more detailed and contemporary definition of ‘micropolitan’, check out the Micropolitan Manifesto, a primer for author Katie McCaskey’s upcoming book, Urban Escapee: “Micropolitan: a place anchored with a human-scaled, walkable downtown in the smallest cities possible, that each have the potential to be simultaneously â€œmicroâ€ and â€œcosmopolitan”‘.

So, what’s next? Now’s it’s time to decide what rightsizing means to you in your community, and if you’re committed to doing something about it, it’s on to organizing a group of like-minded people to crowdsource that vision into reality. That’s the purpose behind this site.