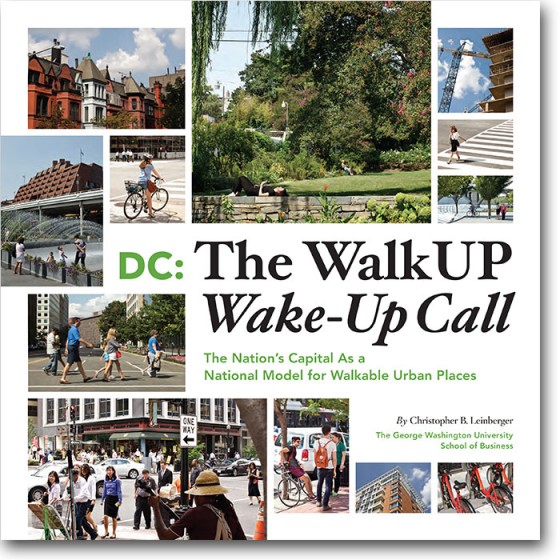 Using Washington DC as a case study, the George Washington University School of Business published DC: The WalkUP Wake-Up Call: The Nation’s Capital As a National Model for Walkable Urban Places in 2012, authored by Chris Leinberger, Research Professor of Urban Real Estate assisted by Mariela Alfonzo of Urban Imprint. The report provides extensive findings on the economic and social viability of walkable urban places, or ‘WalkUPs’:

The three factors that account for 90% of the increase in DC’s WalkUP economic performance:
1. Walkability.
2. Job density.
3. Workforce education.

Finally, for a better understanding of why these WalkUPs aren’t being developed more prevalently (they only represent 11.6% of real estate in DC), look at the Social Equity vs. Economic Rankings graph at the very bottom. Notice that there really aren’t any WalkUPs in the top right quadrant, that is, economically and socially sustainable. The main reason is the lack of housing that the middle class can actually afford… and one of the main reasons for that? New homes are bigger than the market can afford.

For a more in-depth summary of the benefits of investing in walkable communities overall, check out The Option of Urbanism: Investing in a New American Dream, also by Chris Leinberger. 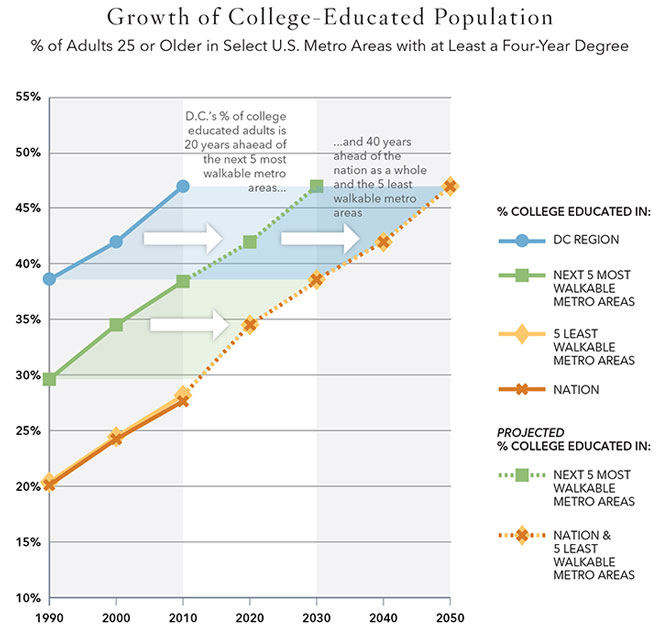 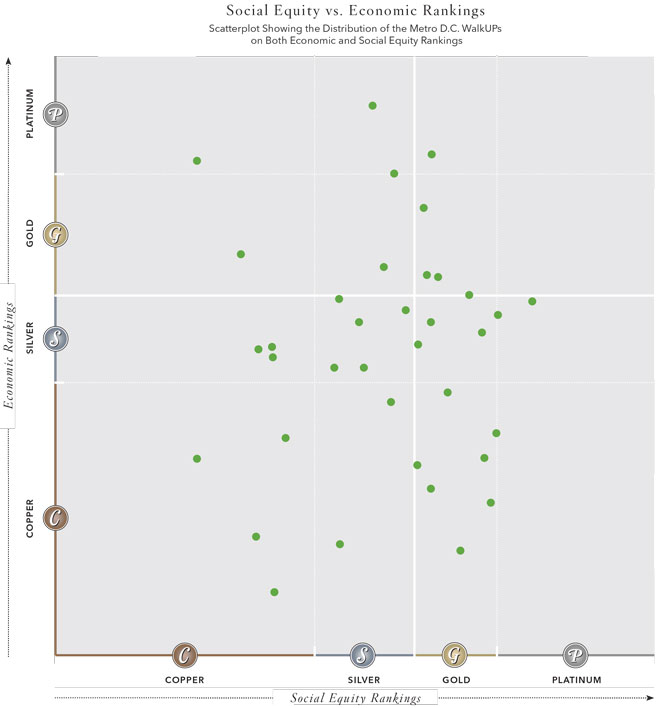