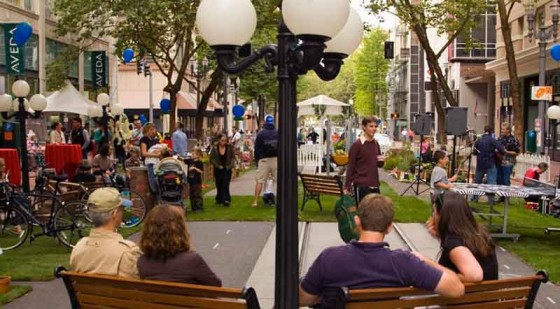 Why wait for neighborhood change when you can do it yourself?

Citizens are taking into their own hands at improving the livability of their neighborhoods and cities, investing in demonstrations of what a vacant space or underutilized street could look like. This growing guerrilla, pop-up, D.I.Y. movement is collectively known as tactical urbanism. The folks at The Streets Plan Collaborative have even written a guide, Tactical Urbanism: Short-Term Action, Long-Term Change. Below are the tactics described and beautifully illustrated in the book: