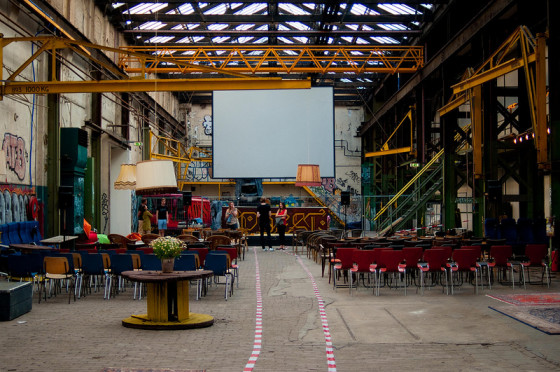 Many of us know the story: Artists and creatives move into a less than desirable neighborhood; proceed to make the place more desirable, increasing property values; then can no longer afford to live there.

As stated by Brittany Dibble, an arts manager and creative strategist in Washington DC, “The arts have walked hand in hand with the dilemma surrounding gentrification, even though it’s often promoted as a tool for community development. Booming artistic organizations of all sizes tend to remain immune its effects on the adjacent neighborhood… until, perhaps, it backfires. Such effects include long-time residents being forced to relocate due to a lack of attainably-priced living options; essentially replacing instead of developing the existing community with another that is able to afford the art.”

A recent study* investigated why arts organizations often serve as catalysts for gentrification. The preliminary results proved that the type of arts organization is a primary factor. Commercial art correlated with having a greater negative impact on a neighborhood, whereas fine art had a greater positive impact.

The paper did not delve much deeper than that, though with the contributions of Brittany and CSPM Group, here are some possible reasons for these findings based on distinguishing between fine and commercial art:

*Carl Grodach, Nicole Foster, & James Murdoch III from the University of Texas at Arlington, supported by an award from the Research: Art Works program at the National Endowment for the Arts (NEA).

Photo by Pecha Kucha event in Amsterdam by Adam Nowek.