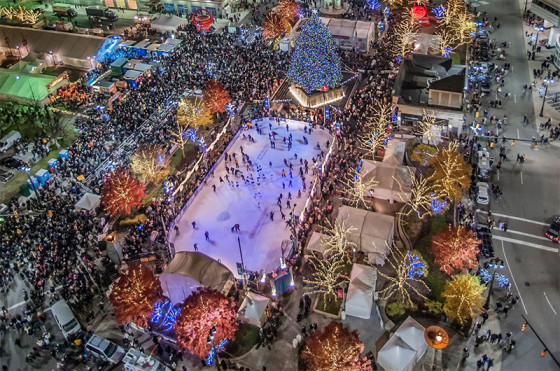 “Never ask the consumer about the future. You can ask them what their aspirations are, but you will not get an answer about what you should do. Design will bring those stories to life.” Yves Behar

Myth: Crowdsourced placemaking is design by committee that will water down good urban design.

Reality: Crowdsourced placemaking significantly elevates good design, but it isn’t design by committee. It’s about thoroughly understanding and interpreting people’s most passionate shared values through highly curated design that inspires them beyond their collective vision, as only powerful art can do.

Upholding this claim isn’t about using smoke and mirrors or clever marketing. Fact: Look at any part of our cities today built after the 1920s. Not very attractive. Fact: Look at cities financed by singular large entities. Even uglier. People want finer grain. They want small local businesses. They want walkable neighborhoods and human-scaled design, beautiful parks and plazas. Emerging generations don’t even want anything to do with cars.

However, you can’t achieve the objective of vibrant cities if the people aren’t allowed to be part of the city’s development. For instance, some of the most beautiful streets in the world are pedestrian-only. Try taking a photo of any street with parked cars on it, the parked cars often detract from the beauty of the buildings. However, developers won’t build places like pedestrian streets unless the people demanded it. If given the platform, the people indeed will.

It still doesn’t stop there. No one ever asks to be part of designing said pedestrian street. They will however, let you know if what is designed is ugly or it’s beautiful. If it’s beautifully designed, which we believe comes only from curated talent, then they will support the result, invest in it, and make it successful. If it’s ugly, they’ll demand improvement.

Once in a while you’ll get that one highly opinionated person who believes their design suggestions should be included despite a lack of support from most everyone else. However, crowdsourced placemaking democratizes the process and de-emphasizes unpopular outliers. Collective intelligence organically prevails, and when combined with curated design and art, provides those magical experiences people long for.

Good design will make or break a project, and with crowdsourced placemaking, the people are enabling it, not preventing it.

Below, the vision for the expansion of public space adjacent to Campus Martius, pictured above, a community-driven effort.