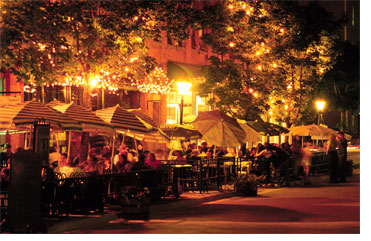 There’s long been the usual insistence by veteran planners not to implement downtown pedestrian streets and malls, even recommending cities to remove them to allow cars through. Times are changing, and it’s time to take another look.

Where did this myth come from? The past:
Pedestrian malls, as mayors will tell you, were an act of desperation to compete with an already massive exodus to the ‘burbs and regional shopping malls, but certainly not the reason per se for their failure – ALL downtowns in the 1970s pretty much failed.

The future looks bright:
The Brookings Institution just released a report (profiled yesterday) showing downtown populations growing in the 1990s for the first time in decades. Meanwhile, the ‘pedestrian malls’ of Boulder, Fort Collins, Iowa City, Burlington, Charlottesville, Ithaca, Aspen, Denver, Pasadena, Miami Beach, even San Antonio, began to prosper at the same time. Coincidence? I think not. Those are some pretty progressive cities too, I might add – more a sign of things to come than things that shouldn’t have been.

Athens and Madison are looking into being added to the list, and they’re as progressive as they get.

It’s fine to be skeptical about pedestrian malls, but planners, just don’t ruin it for the cities that want to follow the lead of those aforementioned, socially vibrant, economically thriving places.