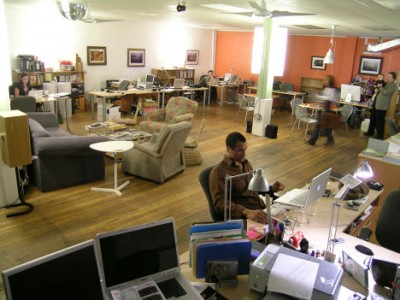 The Grand Rapids, MI area lost 27,000 jobs between 2000 and 2004, but is it looking to regain them by ‘stealing companies from other cities’ like most economic development programs prioritize?

Not so. In BusinessWeek’s Towns Chasing Workers, Not Just Jobs, Greg Northrup, president of the West Michigan Strategic Alliance states, “The old model, where you used to chase people to invest in real estate [ie office parks] might not be the most effective way to be successful. There’s recognition that if I can retain the intellectual capital of people doing work for companies in other locations, it brings value to our region.”

Why the emphasis on people as virtual workers rather than corporate employees? The article states that, for instance, 10% of a Colorado county’s households have at least one virtual worker, and about 86% of those virtual-worker households bring in more than $100,000 a year.

So what is Western Michigan investing in to attract them? Among the examples you typically see on this site, they’re looking at third place work centers:

“In late 2005, they came up with the idea to create business community centers that are inviting to people who may need to work outside their homes anywhere from a few hours to a few days per week. These work centers, still in the conceptual phase, are company-neutral locations where a mobile worker can, say, have a serious [or not so serious] business meeting away from home and the office.

Such locales are known in industry parlance as “third places” and they can include coffee shops and bookstores – but they also range to the more professional community centers that Western Michigan envisions. “You’ve got to invent a different place for people to work – the coffee shop gets really old after a while,” says Richard Florida, author of The Rise of the Creative Class“.

…like the Affinity Lab (pictured) in Adams Morgan, Washington DC (which has workspaces available, by the way…)