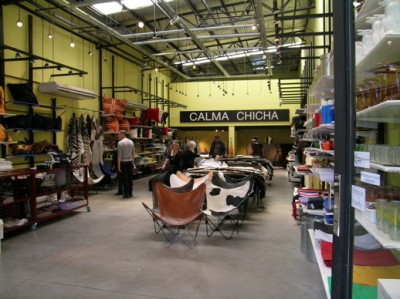 Here’s one way to transform an industrial city like Buenos Aires, Argentina into a mecca for design and creativity, though this is definitely doing it the hard way…

Take one economic crash in 2001 where the peso’s (Argentian’s dollar) is devalued from 1:1 with every U.S. dollar to 1:3 with every U.S. dollar. Suddenly companies had to shed workforces in order to stay in business, forcing people out of secure jobs and without a means of finding new ones with companies unless they were to accept much less than they were previously. So, many of them were pretty much forced to start their own businesses, the very businesses that many of them dreamed of running for years, but never had that compelling reason to do so. Survival is pretty darn compelling.

So, it turns out a nascent community of design and film talent in Buenos Aires was cocooning, just waiting to blossom. As you may know, creativity is correlated to economic growth, so it should be no surprise that one of its most popular, economically vibrant (and increasingly more expensive to live in) neighborhoods today is known as Palermo Hollywood, a financially depressed, seldom visited neighborhood prior to the economic crash.