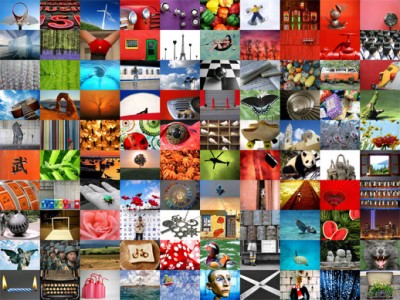 The 6 Myths Of Creativity from a work perspective, via Fast Company magazine…

1. Creativity Comes From Creative Types – This is probably the biggest myth of all, and very evident in crowdsourcing. It’s often one simple idea that transforms, and that can come from any one person at any time. The key is to be ready to accommodate that epiphany when it comes, thus is the genius of social content sites like YouTube. Creativity comes from being accommodated.

2. Money Is a Creativity Motivator – If you pay someone enough they’ll get creative? Studies show creativity in the workplace isn’t motivated by pay and bonuses, but when it’s supported, valued, and recognized as being fundamental to what the company does. This directly applies to how much more motivated locals will be to support their neighborhood if they see the benefits directly and more immediately.

3. Time Pressure Fuels Creativity – Many feel they can’t get creative until it nears a deadline. Studies not only show the opposite, but that creativity goes down the next couple of days after the deadline as well. Good ideas come spontaneously when you think about them long enough, not when they’re intensely focused on with little tolerance for distraction, explaining why crowdsourcing is more effective than focus groups.

4. Fear Forces Breakthroughs – The story goes that creative geniuses harbor anger, fear and anxiety as the source for their greatest inspirations, and why they die so young. It’s probably more a result of not being able to cope with the fact that their greatest work is behind them. A study of 12,000 journal entries show people’s creative breakthroughs tend to happen when they’re happy the day before, which goes back to what makes people happy in myth #2. Now, if they can just deal with the temporary fame!

5. Competition Beats Collaboration – They say competition breeds innovation, but not if it exceeds the enjoyment and enthusiasm of sharing and building upon one another’s ideas. Individuals in our crowdsourced placemaking communites are incentivized by points, but the motivation is even greater if the rewards are based on earning points as a team or community.

6. A Streamlined Organization Is a Creative Organization – The point comes from the idea that fewer creative people is more effective than a larger mix. However, as myth #1 shows, that’s not the case in the long run. For a small company with few employees, it doesn’t mean you’re at a disadvantage, it means you should seriously think about crowdsourcing through your customers/followers and tap into the Long Tail of creativity.